Persons Not Eligible For a Military Burial

A former spouse of an eligible individual whose marriage to that individual has been terminated by annulment or divorce, if not otherwise
eligible.

b.  Other Family Members

Family members of an eligible person except those defined as eligible in Section III, paragraph g. 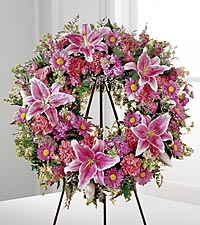 A person whose only separation from the Armed Forces was under dishonorable conditions or whose character of service results in a bar to Veterans benefits.

A person who was ordered to report to an induction station, but was not actually inducted into military service.

Under 38 U.S.C. § 2411, interment or memorialization in a VA national cemetery or in Arlington National Cemetery is prohibited if a person is convicted of a Federal or State capital crime, for which a sentence of imprisonment for life or the death penalty may be imposed and the conviction is final. Federal officials may not inter in veterans cemeteries persons who are shown by clear and convincing evidence to have committed a Federal or State capital crime but were unavailable for trial due to death or flight to avoid prosecution. Federally funded State veterans cemeteries must also adhere to this law. This prohibition is also extended to furnishing a Presidential Memorial Certificate, a burial flag, and a headstone or marker.

Any person convicted of subversive activities after September 1, 1959, shall have no right to burial in a national cemetery from and after the date of commission of such offense, based on periods of active military service commencing before the date of the commission of such offense, nor shall another person be entitled to burial on account of such an individual. Eligibility will be reinstated if the President of the United States grants a pardon.

A person whose only service is active duty for training or inactive duty training in the National Guard or Reserve Component, unless the individual meets the eligibility criteria listed in Section III.1.b. of this information sheet.

*Courtesy of the VA

Persons Eligible for Burial in a VA National Cemetery

CLICK HERE For Our Directory of Funeral Homes or Cemeteries