Elements of a Military Burial and Funeral

Depending on the status of the deceased (active, Veteran, and rank), a military funeral planning incorporates all or some of the following: 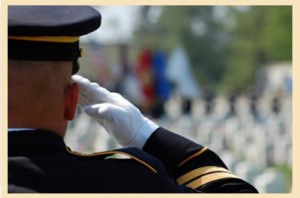 Just remember that, as a service member or military family member, it is advisable that you make yourself aware of your memorial benefits before you need them.

CLICK HERE For Our Directory of Funeral Advisors and Counselors