1.)  Any member of the Armed Forces of the United States who dies on active duty.

2.)  Any veteran who was discharged under conditions other than dishonorable. With certain exceptions, service beginning after September 7, 1980, as an enlisted person, and service after October 16, 1981, as an officer, must be for a minimum of 24 continuous months or the full period for which the person was called to active duty (as in the case of a Reservist called to active duty for a limited duration). Undesirable, bad conduct, and any other type of discharge other than honorable may or may not qualify the individual for Veterans benefits, depending upon a determination made by a VA Regional Office. Cases presenting multiple discharges of varying character are also referred for adjudication to a VA Regional Office.

b. Members of Reserve Components and Reserve Officers’ Training Corps 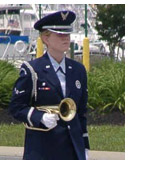 (a) Was assigned to an area of immediate military hazard as determined by the Secretary of Defense while in time of war, or in a Presidentially declared national emergency; or,(b) Served in the Philippine Islands on December 7, 1941, and continuously in such islands thereafter.

1.)  A Commissioned Officer of the Regular or Reserve Corps of the Public Health Service who served on full-time duty on or after July 29, 1945. If the service of the particular Public Health Service Officer falls within the meaning of active duty for training, as defined in section 101(22), title 38, United States Code, he or she must have been disabled or died from a disease or injury incurred or aggravated in the line of duty.

(2) Commissioned Officer of the Regular or Reserve Corps of the Public Health Service who performed full-time duty prior to July 29, 1945:

(a) In time of war;
(b) On detail for duty with the Army, Navy, Air Force, Marine Corps, or Coast Guard; or,
(c) While the Service was part of the military forces of the United States pursuant to Executive Order of the President.

3.)  A Commissioned Officer serving on inactive duty training as defined in section 101(23), title 38, United States Code, whose death resulted from an injury incurred or aggravated in the line of duty.

(a) Was a person who served before July 1, 1946, in the organized military forces of the Government of the Commonwealth of the Philippines, while such forces were in the service of the Armed Forces of the United States pursuant to the military order of the President dated July 26, 1941, including organized guerilla forces under commanders appointed, designated, or subsequently recognized by the Commander in Chief, Southwest Pacific Area, or other competent authority in the Army of the United States, and who died on or after November 1, 2000; or,

(b) Was a person who enlisted between October 6, 1945, and June 30, 1947, with the Armed Forces of the United States with the consent of the Philippine government, pursuant to section 14 of the Armed Forces Voluntary Recruitment Act of 1945, and who died on or after December 16, 2003.

1.)  The spouse or surviving spouse of an eligible Veteran is eligible for interment in a national cemetery even if that Veteran is not buried or memorialized in a national cemetery. In addition, the spouse or surviving spouse of a member of the Armed Forces of the United States whose remains are unavailable for burial is also eligible for burial.

2.)  The surviving spouse of an eligible Veteran who had a subsequent remarriage to a non-Veteran and whose death occurred on or after January 1, 2000, is eligible for burial in a national cemetery, based on his or her marriage to the eligible Veteran.

3.)  The minor children of an eligible Veteran. For purpose of burial in a national cemetery, a minor child is a child who is unmarried and:

4.) The unmarried adult child of an eligible Veteran. For purpose of burial in a national cemetery, an unmarried adult child is:Of any age but became permanently physically or mentally disabled and incapable of self-support before reaching 21 years of age, or before reaching 23 years of age if pursuing a full-time course of instruction at an approved educational institution. Proper supporting documentation must be provided.

*Courtesy of the VA

Persons NOT Eligible for Burial in a VA National Cemetery

View Our Directory of Funeral Directors and Family Counselors