How To Prepare a Child For A Funeral

The death of a close friend or family member is never easy on children and the funeral represents the most difficult period. This is where children need to interact with others – it represents a need for them to both understand what is going on and behave well, despite whatever strong emotions they may be feeling. As such, here are a few tips to keep in mind when preparing a child for such an occasion.

Explaining the concept of death to a child is a difficult topic in and of itself, and that’s probably why many people think it’s actually inappropriate to take kids to a funeral. How can a child understand seeing someone they knew if they aren’t aware of their death? In the youngest of people, this can lead to a lot of confusion. Even a basic understanding of death will help children understand the funeral. It will also give the event purpose and help kids realize its significance, but the talking needs to happen before the funeral.

Similarly, you should always explain the process of events to a child before they attend. While they might not understand or appreciate every detail, you need to ensure they understand the vital parts, such as lowering caskets or cremating the body (depending on the nature of the funeral in question). This way, they won’t be surprised when such things occur, allowing the procedure to carry on without children interrupting or asking too many questions. The same can also be said for the funeral etiquette and dress code – let children know in advance, so you don’t upset or surprise them with formal clothing on the day itself.

How To Dress A Child

A funeral is one of those occasions where, despite protests, you need to ensure they wear a certain level of formal attire. A young child will likely not understand the need to look smart, so it’s important you take charge of this aspect. The smaller the child is, the less you arguably need to do, as nobody will expect a 2 or 3 year old to arrive in a suit. Still, they should dress in a similar style to adults: formally and with dark colors. For most boys, a white shirt will suffice, although pre-teens and teenagers can also wear a tie or suit. As for girls, a blouse will do, as will black dresses, giving you plenty of options.

The same can also be said for shoes. Children should wear shoes of a decent formality – think along the lines of school shoes as an ideal minimal baseline. Trainers or sports shoes, for instance, will not only look wrong, but plant the wrong idea in a child’s mind. Formal shoes will remind them of school and other periods where they’ve had to behave, enforcing the importance of the events to come. It will also look more respectful, as the child can blend in with the crowd of predominantly adult attendants.

Once you’ve explained procedures and dressed the child, where do you sit at the location itself? Unless you’re of the immediate family, it’s better to sit someone near the back or sides, preferably close to the exit. This ensures children aren’t in the way – in case something goes wrong – and you can always take them outside if they become distressed. Depending on their relation to the deceased in question, children may be very upset, or even just curious, so it helps to be near an escape route so as not to disturb proceedings.

As you can see, there are a number of key differences between how children and adults experience how to plan a funeral, so it’s important for parents and other caretakers to step in and take care of children. Funerals can be a tough time but children have a right to understand what’s going on. With these tips, you should be able to prepare any child for a respectful and peaceful funeral.

About The Author:   Robert Bruce has a passion for lending his voice towards multiple issues involving the funeral and memorial industry. When he’s not working with Great Lakes Caskets, he enjoys his hobby as a writer. 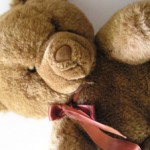 Losing a child is never easy even when the child is not your own. Children are the hope for the future and should have so much of their life ahead of them. When a child is lost so are the dreams and the hopes of the future. It seems unnatural to be taking care of any end of life arrangements of a child. Because of this, many funeral homes don’t display caskets, burial vaults, or items related to child loss.  There is for many a sense of loss of innocence when a child dies. Expectations are cut short, and the deep, unexpected grief and loss of the parents of the child is an additional factor that makes taking care of the child and the family difficult.

Here are some things you might do to take care of yourself while helping a family who has lost a child:

Be Prepared: Mentally prepare yourself that eventually it will be your task to help a family who has lost a child. We tend to push things out of our minds that are extremely unpleasant. Spend some time thinking about what you need to help yourself during this time. It is easier to plan ahead when you are not emotionally involved at the moment.

Be Aware Of Triggers: If you have children be aware that a loss of a child around the age of your children might affect you more. For some it is easy to think that the deceased child could be my child lying on the table. Remind yourself that your child(ren) are healthy and alive. Stop yourself from thinking in terms of the “What If’s”, and realize that your being so affected can help others feel your compassion.

Delve Into Your Spirituality: Even though you work with death every day are you comfortable with what happens to the spirit after a person dies? Do you have a strong faith system? Does it encompass the loss of a child? The more you are secure in your belief system the less rattled you might be at the time of a death of a child. Your stability will be an asset the family of the child can draw upon during the funeral service.

Have Resources Available: The loss of a child tends to bring out the community in force. Make sure to have avenues for people to express their grief. They will rely on you less if they have other places of support. Some items to keep on hand would be:

Finally, remember to stick to the basics. Remember to eat complete meals three times a day. Put away the sugar and the chips. Drink lots of water and skip the caffeine and alcohol. Rest as much as you possibly can. Fatigue exacerbates difficult situations so when you can take a quick nap. If a child’s death is still affecting you after a month or two consider talking to a your doctor or seek grief counseling. Even those in the funeral profession need and can consult outside professionals to help them through emotionally trying times.

Coping With a Pet Loss

Our family dog died last week and my son is beside himself. We held a small funeral for Scruffy and then had him cremated. Should I be worried about my son’s grief and loss?

Here is some information from the article which might be of help to you:

2. Some research has found up to 30% of children experience severe grief. What children might experience more grief then others is determined by how integral the pet was to the family, how strong the tie was to the pet, and if the death was sudden.

3. Adolescent girls have a harder time with pet loss than do boys in that age group.
For children, grief over a pet might last longer than for adults. It might be the child’s first time experiencing death and hence they may show more emotions as they learn what grief feels like and what it means to them.

4. A death of a pet can bring up grief from past losses. (If a pet was brought into the family before the loss of a loved one that pet is like a bridge to that person. When the pet dies people have said it brings back the loss of the loved one all over again. People state if feels like they have lost the last living link to their loved one lost.)

With your son, be aware that his grief might be very intense. His relationship to Scruffy was one that he had every day. Do not be surprised if his grief is more intense over the loss of his pet than if a grandparent dies that he has not seen very often. Children grieve differently than adults. Some warning signs of intense grief are: not wanting to go to school, wanting to go to heaven to be with Scruffy, and problems with eating and sleeping. You might see some acting-out behaviors because your son doesn’t know how to talk about his anger or sadness over the loss of his pet.

There are things you can do to help your son heal. They are:

1. Do not downplay your son’s grief over the loss of his dog. To him the loss is deep, personal, and hurts like heck. In other words, do not trivialize his feelings.

2. Talk to him about his feelings. If he has troubles verbalizing his thoughts then have him draw pictures of him and Scruffy. Then have him talk about the pictures.

3. Creating pet memorials for Scruffy either through clay, paintings, a poem, writing, or any other form of memorial services.

4. Talk about grief and feelings and explain that getting a new pet right away won’t make the sad feelings go away. Tell him that in time if it is right for him and the family a new dog will be brought into your home.

Pet loss is a wonderful way for kids to learn about loss and the subsequent grief. The way you help them to handle their emotions and questions during this loss will set the stage for future losses amongst friends and family members. Don’t avoid the subject but address it head on.